Unlike the metropolitan cities of India such as Mumbai, Bengaluru, or Delhi, life in Goa is very different. Though it is quickly becoming a hotbed for startups and business, it still manages to maintain its old school, ‘susegado’ charm.

It’s this typically Goa vibe that makes living here something that everybody aspires to, regardless of where in India they’re from. It’s a given, everyone wants a slice of the Goa life. With the Kasu Vana villas in Assagao and the Kasu Zama villas in Anjuna, you’re right in the middle of that charming Goa life that everybody wants. So how do you make the most of it?

Well, depending on where you stay, you’re either in for a wild ride or the relaxed side. Here’s how you can live the Goa life.

Anjuna has a wild and colourful history. Once the birthplace of Goa’s hippie culture, Anjuna has come a long way from the flower power vibe of the 1970s. But though a lot has changed, there is still a certain charm that comes from living in this busy beach town.

Anjuna is the place where the legendary Goa trance genre of music was born and keeping the legacy alive, it’s not uncommon to find a number of shack clubs such as Lilliput and the legendary Curlies still keeping the culture alive. Apart from the trance scene, the Anjuna beach belt stretching up north past Vagator and on to Morjim is extremely popular for its calm waters attracting tourists from across India and the world.

Moving from night to day, during the season time, Anjuna finds itself busy on Wednesdays because of another legendary event – the Anjuna flea market. This market has been around since the days of the hippies and is still a sought after activity. The original market was started by foreigners who needed money to go home, and so would sell whatever inconsequential belongings they had to make enough dough to buy a one-way ticket. One man’s junk is another man’s treasure, right?

Well the market has certainly changed a lot, with sellers coming in from across India to sell their wares. You still do find foreigners selling their belongings on the beach though, and since the stalls do not have electricity, the market starts in the afternoon and closes by sunset.

The village of Assagao has seen a lot of development in the last decade. Since a lot of the actual villagers from Assagao have moved out, their old Portuguese houses have been bought and maintained by people looking to invest in the charm of Goa. While many of the people who have taken up these houses prefer to live in them, there are those that have transformed them into commercial properties, especially restaurants.

Over the past few years, we have seen a number of stellar fine dining restaurants come up in Assagao, adding a new level of charm and gastronomic flavour to Goa’s pallet. The variety is endless. You can enjoy amazing South East Asian cuisine at S.E.A, or refined South Indian fare at Gunpowder, savour the freshness of German cuisine at Villa Blanche, or the bespoke fine dining experience of Suzie’s. It’s all a part of the charm of Assagao. 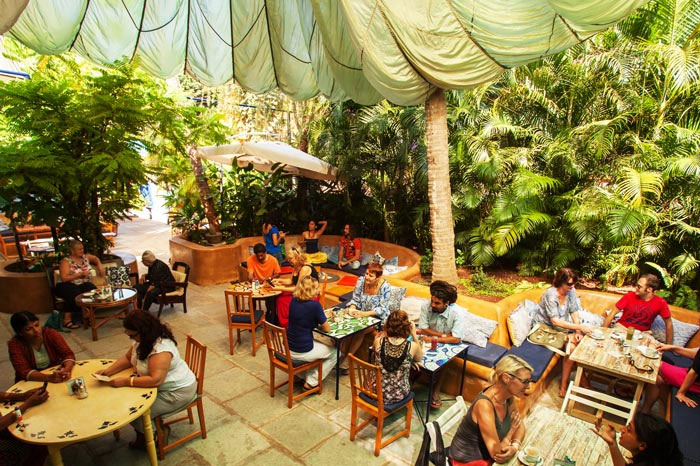 Food aside, there is more to Assagao than meets the eye. With the influx of creative individuals that have made the sleepy village their home, Assagao has inadvertently become a hub for Goa’s artists. If you’re looking to be inspired, step into the Cheshire Cat Gallery to buy unique handmade jewellery, or take a stroll through the beautiful India Story Gallery, a store that sells a variety of bespoke and eclectic wares such as saris, menswear,  jewellery, and a selection of handpicked teas. 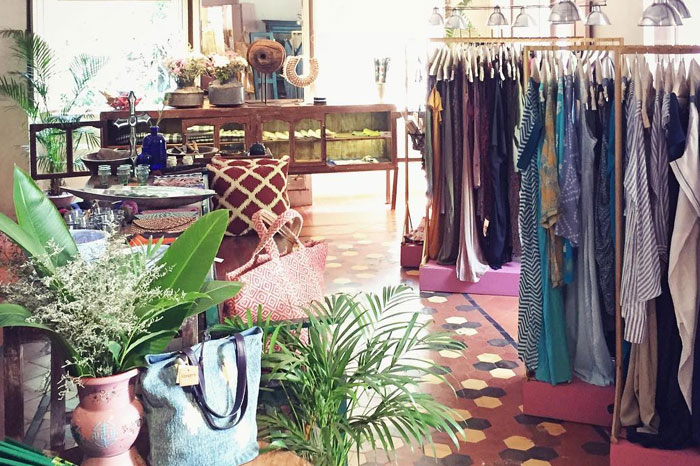 If you’re feeling especially adventurous, Assagao is home to one of India’s foremost tattoo artists, Duncan Veigas, owner of the famous Inkfidel Tattoo studio. Why not commemorate your time here with a special piece of art that will be a part of you forever?

Between these two beautiful villages of Anjuna and Assagao, there is so much to experience. The Goa life encompasses all of this and more, and you could be living it 365 days of the year. It’s no wonder everybody wants to live in Goa! What are your favourite things to do in Goa? Do you have a special experience to share? Let us know in the comments below.

This site uses Akismet to reduce spam. Learn how your comment data is processed.